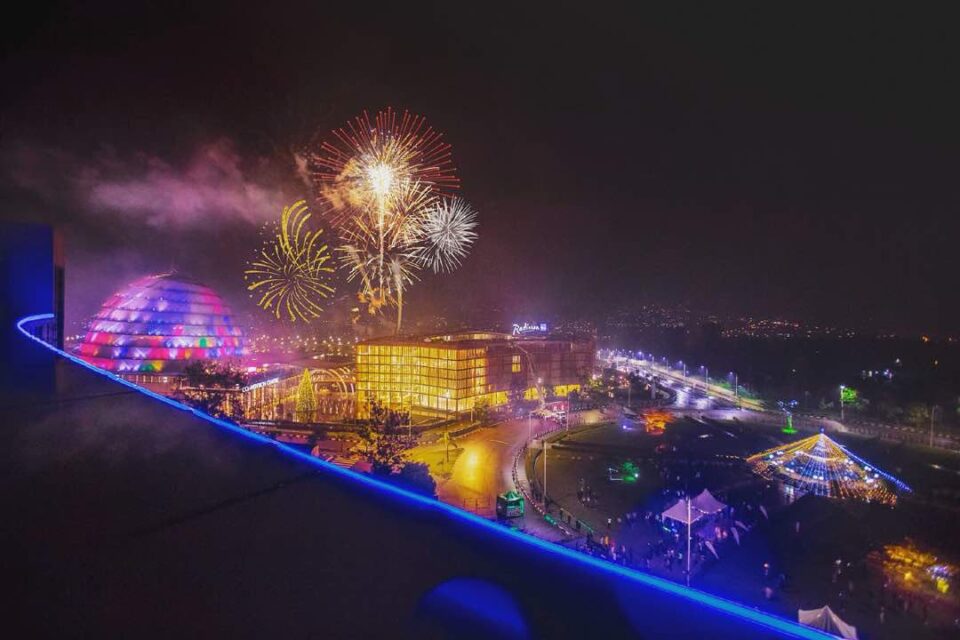 Known as the land of a thousand hills, Rwanda’s stunning scenery and warm, friendly people offer unique experiences in one of the most remarkable countries in the world. It is blessed with extraordinary biodiversity, with incredible wildlife living throughout its volcanoes, montane rain forest and sweeping plains. What makes it a hub of tourism?

Kigali’s and Rwanda’s history are a dark one, but a visit to the country’s capital provides a fascinating insight into Rwanda’s post-genocide recovery. Of course, reminders of the events of 1994 are everywhere. Many of the city’s churches now double as memorials, thousands of people were massacred after fleeing to these buildings, in the mistaken belief that they would be safe there. Many locals believe the world turned its back on Rwanda during its darkest hours, which makes learning about this tragic chapter of its history even more important.

Kigali’s first art gallery, Ivuka Arts, opened in 2007, in the neighborhood of Kacyiru. Today, there are almost 10 galleries in the city, including Yego Arts, where you will find work by up-and-coming artists, as well as a packed calendar of events.

Another favorite is the Niyo Art Gallery, artists who exhibit here agree to donate a portion of their profits to Niyo Cultural Center, where street kids can go to learn how to sing, drum and dance.

Strangely enough, one of the best places to pick up some Rwandan art is the five-star Kigali Marriott in the city center. The lobby is home to Go Kigali, a boutique specializing in local artwork.

A taste of the local love for cricket

You don’t have to be a cricket fan to be appreciate the sport here. The city’s beautiful new Gahanga Cricket Stadium, with its curved buildings inspired by Rwanda’s hills (and a café sponsored by Yorkshire Tea), was unveiled in 2017. The former grounds were part of the École Technique Officielle complex, the scene of one of the genocide’s worst massacres, so the move was an essential part of the city’s healing process.

Eric Dusingizimana, the captain of Rwanda’s cricket team, raised money for the new grounds’ construction by breaking the world record for spending the longest time batting (he lasted 51 hours, if you were wondering). Head to this striking sports venue to take in the view of Kigali from the grassy banks and to raise a tea-themed toast to this wonderful city.

Moving on from tea… exploring the city’s brilliant cafe culture is a must and one of the top things to do in Kigali. One of our favorite spots is INZORA rooftop café, which you will find in the city center, behind the Dutch Embassy.

Everything from the furniture to the coffee is locally sourced, and customers are encouraged to bring reusable cups. Left yours at the hotel? Don’t panic the cafe’s cups are compostable. It’s worth coming here for the food as well the spiced oat gooseberry cookies are legendary.

We also love Question Coffee, where customers can sign up for coffee master classes, and Magda Café in the Kacyiru neighborhood. Head here for freshly baked pastries and the best coffee in Kigali City.

Rwanda is known as the land of a thousand hills, and after a day pounding Kigali’s steep streets you’ll know why. You don’t even have to leave the city to experience the country’s green side – one of the best things to do in Kigali is wander its parks and gardens.

You will soon notice it’s also one of Africa’s cleanest cities, partly thanks to a ban on plastic bags. The city has fantastically diverse architecture, from historic buildings such as the Kandt House Museum, with its elegant stonework and rambling gardens, to more modern structures, like the illuminated, bubble-like Radisson Blu hotel. In recent years, the city’s roads have also become less crowded, and this trend looks set to continue, partly due to the planned introduction of a government-funded e-bike scheme.

The days when Kigali was seen merely as an entry point are long gone, but there’s certainly a huge amount on offer for those who explore beyond the country beyond the capital. The good news is that some of the most exciting new attractions are close to Kigali and it is much possible to do short gorilla tours in a day from Kigali and back.

While Nyungwe Forest National Park, in the west of the country, remains a popular gorilla-spotting destination, the opening of Wilderness Safaris’ new camp in Akagera National Park, 100 kilometres to the east of Kigali, has brought exception wildlife-spotting opportunities much closer to the city.

The Magashi Camp, which opens this spring, will be a six-tent safari camp on the shores of Lake Rwanyakazinga. It will be the first Rwanda’s luxury safari camp inside the park, which is home to buffaloes, lions, leopards, elephants, giraffes, hyenas, zebra and over 500 species of birds.