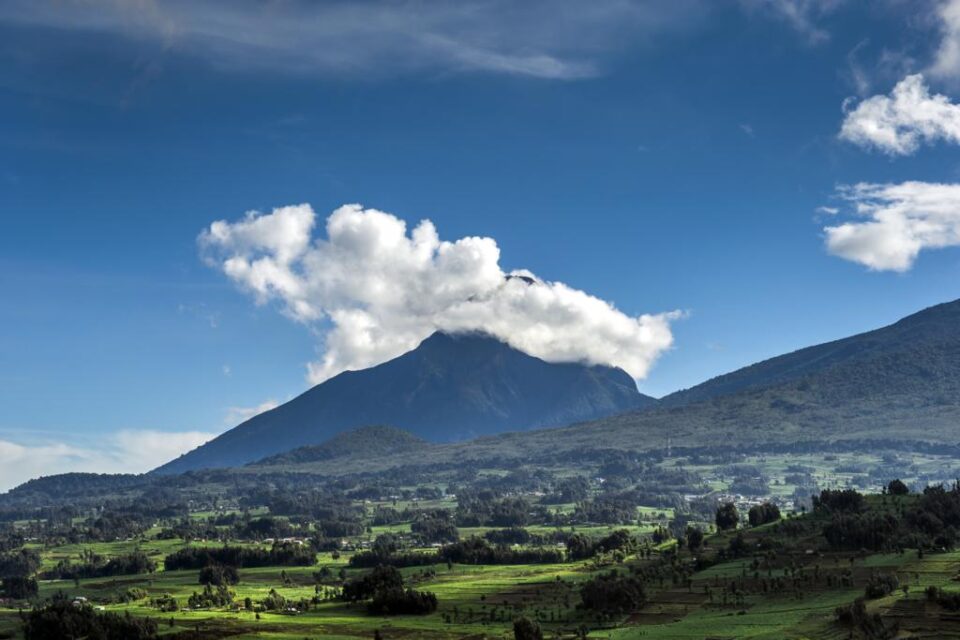 Rwanda has become among the most loved and visited safari destination in Africa. The country being so much known as the smallest and smart country in East Africa, has attracted so many luxury hotels, lodges and exclusive camps in the safari parks and now it is one of the newly luxury destinations in Africa. That ever-growing travel wish list might be putting some pressure on your pocket but there are plenty of places to tour in Rwanda where you will get more bang for your buck.

Akagera National Park is a little piece of heaven found in North Eastern Rwanda, at the country’s border with Tanzania. It is dominated by swamps and small lakes with flow in the wake of River Kagera. All the water sources work together to create a piece of spectacular scenery. It is quite a remarkable eco – system. The Park was obviously named after River Kagera.

The game drives here are like opening a present and each game drive holds a full new surprise as nature reveals its treasures in form of wonders that are so scenic, the wildlife like buffaloes, antelopes including; the elands, topis, Maasai giraffes, monkeys, Savannah birds, civets, leopards, the hyenas, as well as the serval cats.

The game drives also mean that you will be accompanied by the guide who is so knowledgeable about the flora and the fauna that is found in the park.

This park is one of the places that are not to be missed by any birder along with the great Nyungwe forest national park. It harbours 520 species of birds which are found in this national park.

The birders who visit Akagera National Park are always impressed by what they find mostly the many bird species that range from water to forest and also Savannah as well as the migratory bird species and many of these are endemic to the park and are so rare like the papyrus Gonolex which is found in the papyrus swamps.

There are also the localized red-faced barbets, and the swamp fly catcher as well as the elusive shoe bill stork all found in Akagera National Park.

Boat safaris are normally the main highlight of any visit with in east Africa and it’s with the boat safari that you will be able to adventure Lake Ihema in Akagera National Park.

Lake Ihema has got one of the largest concentrations of hippos in East Africa and it’s also a sight to behold and there are also many crocodiles that you will find along the shores of the lake.

There are also many water birds that can be seen on a boating safari on Lake Ihema and you might also spot a shoe bill stork. The other many animals like the elephants can find their way to the water to bathe and you will get the opportunity of getting closer to them than you would be in the vehicle on any game drive.

Fishing in Akagera will give you an added chance of being in an African wild with the wildlife in the distance plus the hippos and the water birds.

You might also visit Akagera national park as a fishing tournament is going on that might put you in a company of fellow anglers. The good news about fishing in this national park is that you get to keep what you fish and in case you feel like cooking it, you might start a fire and get it ready to be roasted in time for lunch.

Nyungwe national park is surely one of the world’s most beautiful and pristine mountain rain forest. It’s believed to be one of Africa’s oldest forests, staying green even through the Ice Age, which explains its diversity.

Home to habituated chimpanzees and 12 other primates’ species (including a 400-strong troop of habituated Ruwenzori Black & White Colobus), it’s also a birder’s paradise with over 300 species, including 16 endemics, and is home to 75 different species of mammal.

This majestic rain forest is filled with nature and wildlife experiences for you to emerge yourself in. Hiking or even biking the beautiful terrain, tracking the famous chimpanzees, experiencing the canopy walk, witnessing beautiful birds, relaxing by waterfalls are just a glimpse of activities that Nyungwe offers.

Visitors to Nyungwe National Park can experience the rain forest from a new perspective: the Canopy Walkway. Hanging 60 meters above the forest floor between giant trees and towers, East Africa’s only canopy walkway provides a stunning view of the park’s amazing wildlife and nature.

The Walkway is accessible as part of a specialized guided tour along the Igishigishigi trail or if you’re not part of a tour, hiking the Imbaraga or Umuyove trails.

It’s not surprising that chimpanzee tracking is a popular activity in Nyungwe (especially when the park’s trees are in full bloom during the summer) as well-trained guides often lead visitors through the park’s forests.

And while actually viewing chimpanzees is not guaranteed, you’ll enjoy learning about these creatures and their natural habitats from your guides. But you’ll probably have to get up around four a.m. to succeed in this very challenging activity as chimps are mostly likely to be seen early in the morning.

Nyungwe steep landscape makes it as an ideal destination for hikers – whether they’re novices or experienced – as the park boasts an extensive network of hiking trails. The trails are blessed with an amazingly diverse landscape and represent the most scenic way of exploring the forest.

This lake is the largest of all the fresh water lakes that are found in the valleys of Rwanda. The steep, terraced hills Lake Kivu Rwanda also lead down to the attractive lake shores and the three resort towns. That is Gisenyi, Kibuye as well as Cyangugu.

These small towns also as a welcome treat in between the active hikes to find the gorillas and the chimpanzees in the nearby volcanoes as well as Nyungwe Forest National Parks.

The guests here can relax, swim as well as taking a boat cruise past the small lake side villages which give a rewarding glance of the rural life. These towns are connected by a large roller coaster road that flips through the lush plantain fields and the remnant patches of the hazy rain forest that offer the sweeping views over the sparkling lake.

Like gorilla tracking, this activity starts in the morning with an assembly at Kinigi Park Headquarters. However, golden monkey tracking is less strenuous than to gorilla trekking, so you’ll be finished by around midday. A golden monkey permit is priced at $100 USD.

A visit to Volcanoes National Park Rwanda can be mixed up with a hike to the tomb of the late Dian Fossey. Dian Fossey was an American primatologist who spent close to two decades in the park, studying the mountain gorillas. A biopic of her life was made into a movie in the late eighties, titled Gorillas in the Mist. She was murdered by poachers in 1985.

Her grave is nestled between the beautiful volcanic peaks of Bisoke and Karisimbi, near Karisoke Research Center. The hike through the forest to the tomb takes about six hours (there and back). Along the way, you may be lucky enough to see elephants, buffalo, primates like golden monkeys and sometimes even the mountain gorillas that Dian dedicated her life to.

Adventurous travelers can combine gorilla trekking with mountain hiking. Mount Bisoke stands at 3,700 meters above sea level, with a deep crater lake on the top. Hiking Mount Bisoke does not require prior hiking experience; you only need to be physically fit, due to the high elevation and length of the climb.

The whole trek takes five to seven hours depending on your speed and the frequency of stops. Mountain Karisimbi is the second highest volcanic peak in the Virunga ranges and takes two days and one night to experience.

While at the top of the volcano, you will enjoy fantastic views of the other five volcanoes and the beautiful Twin Lakes. Near the summit is the Crater Lake, which features drier vegetation than other parts of the park, with giant heather growing all over the slopes of the volcano.

There are many guided and unguided walks around Volcanoes National Park, Rwanda. One of the most popular walks will lead you to the Musanze market, where visitors can interact with the local people. The park features a nature walk to the beautiful Twin Lakes of Burera and Ruhondo. You can stroll around the lakes, snapping photos and videos of the scenery as you go. If you don’t fancy journey on foot, you’ll have the option to go via canoe. The Nyange Community walk is designed to show all aspects of village life in Rwanda.

A guided walk through Nyange community will allow you to see how locals work and earn a living. You’ll tour the homes of iron smiths, mat weavers, local banana-beer brewers, and carpenters. You’ll also witness and if you choose, partake in the preparation of traditional Rwandan food – not to mention sample the meal at the end! Another option is a guided visit to Iby’Iwacu Cultural Village, on the edge of Volcanoes National Park.

There are many cultural performances held here, where you can take part. The Iby’Iwacu Cultural Village convinced ex-poachers to turn their back on gorilla poaching. They now make their living performing for tourists. A tour to Iby’Iwacu Cultural Village allows you to see the traditional house of a local king as well as the herbal mixtures preparation by an authentic medicine man.

You can take part in arrow and bow shooting, or enjoy Kinyarwanda cultural music, dances, and drumming performed by local people. You’ll have the option to explore local areas on mountain bikes through different routes with a guide.