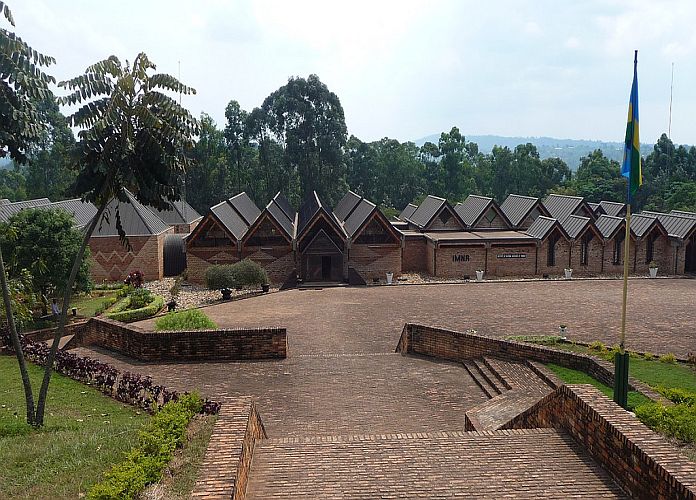 Butare is located about 135 Km south of Kigali. It is an attractively compact and peaceful town with a reputation of being the intellectual and cultural centre of the country. Butare was the largest and most important city in Rwanda prior to 1965, when it lost out to the more centrally located Kigali as the capital of the country.

The town hosts several academic institutions including the National University, as well as the famous National Museum which houses one of the finest collections in East Africa and displays the rich cultural history of the Rwandan people. Other Attractions in Butare include the largest Cathedral in Rwanda and the National University of Rwanda

Nyungwe is an incredible park on the western border of Rwanda with a large number of activities for tourists including nature walks, a canopy walk, bird watching and intense hikes. A large, ancient rain forest in the mountains brimming with different kind of primate species, among which chimpanzees and colobus monkeys.

While on your Rwanda tour and take a visit to the Rwandan National Museum in Butare is often used to break up the long drive between Nyungwe Forest National Park and Kigali. A gift from the Belgian government to celebrate 25 years of Rwandan independence, the museum offers a comprehensive overview of Rwandan history and culture.

Halls on Rwandan geography, agriculture, clothing, and housing are regular residents within the beautiful building – with temporary exhibits often on display in a side hall. Your visit will also give you the opportunity to visit the popular gift shop housed within the museum, and the opportunity to see the famous Intore dancers perform.

The Murambi Genocide Memorial was created on 21st April 1995. During the genocide, the Tutsi of this region sought sanctuary at Murambi, where a technical school was being constructed. Today Murambi serves as one of six National Genocide Memorial Sites, and contains the remains of approximately 50,000 victims killed at the technical school, including some remains exhumed from the surrounding area. Only 34 people from this site are believed to have survived the genocide. The 21st of April every year is dedicated to the commemoration of the victims of Murambi.

Cathedral of Butare is a religious building belonging to the Catholic Church and is located in the town of Butare, in the southern part of the African country of Rwanda. It is the largest cathedral in the nation, which was built in the 1930s when Butare (known as Astrida after 1935) was the colonial capital to commemorate the life of Astrid of Sweden Queen consort of the Belgians until 1935.

Best Places to Visit in Rwanda

Best Places to Visit in Rwanda